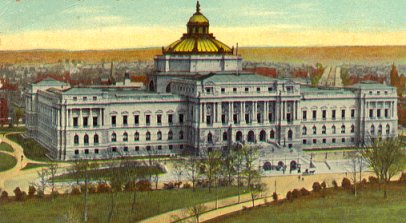 The Library of Congress is the oldest federal cultural institution in the United States and it is the largest library in the world. The Library’s primary mission is research and it receives copies of every book, pamphlet, map, print, and piece of music registered in the United States. Recently, the Library of Congress signaled to us that the public tweets we have all been creating over the years are important and worthy of preservation.

Since Twitter began, billions of tweets have been created. Today, fifty-five million tweets a day are sent to Twitter and that number is climbing sharply. A tiny percentage of accounts are protected but most of these tweets are created with the intent that they will be publicly available. Over the years, tweets have become part of significant global events around the world—from historic elections to devastating disasters.

It is our pleasure to donate access to the entire archive of public Tweets to the Library of Congress for preservation and research. It’s very exciting that tweets are becoming part of history. It should be noted that there are some specifics regarding this arrangement. Only after a six-month delay can the Tweets be used for internal library use, for non-commercial research, public display by the library itself, and preservation.

The open exchange of information can have a positive global impact. This is something we firmly believe and it has driven many of our decisions regarding openness. Today we are also excited to share the news that Google has created a wonderful new way to revisit tweets related to historic events. They call it Google Replay because it lets you relive a real time search from specific moments in time.

Google Replay currently only goes back a few months but eventually it will reach back to the very first Tweets ever created. Feel free to give Replay a try—if you want to understand the popular contemporaneous reaction to the retirement of Justice Stevens, the health care bill, or Justin Bieber’s latest album, you can virtually time travel and replay the Tweets. The future seems bright for innovation on the Twitter platform and so it seems, does the past!